Sharing new value and
forging a new hereafter with users

Future Lab Program aims to co-create new lifestyles and user value with users for the future. Past releasing developing Concept Prototypes to the public and enabling direct communication with society, the R&D project links Sony with users to design the lifestyles and values of the future through new, technology-driven approaches. To learn more about the communication pattern that got Futurity Lab Plan moving in the right direction, nosotros talked with projection members from the Solution Development Department and a member of the design team. 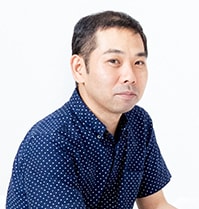 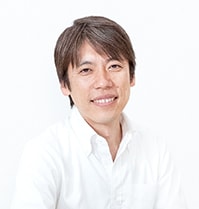 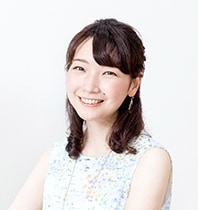 Cartoon dorsum the curtain on the R&D procedure

—
Why did Sony start up Future Lab Program—and how did design get involved in the launch?

Okamoto:
People tend to see research and evolution every bit a kind of height-hush-hush, off-limits area, but things are starting to modify: in an endeavour to incorporate as much user feedback every bit possible, some companies are sharing their technologies fairly early on in the evolution process. We at Sony wanted to hear what users had to say about the value of the products we’re developing as we work to create new lifestyles for the future—and that motivation led us to launch Future Lab Program, an initiative that directs the focus toward joining forces with users in designing the future we’re about to pace into.

What nosotros had to effigy out was how we could get the ideas we were hatching—concepts that were notwithstanding in development—across to users. When y’all get into releasing concepts that are still in development, the fundamental isn’t the actual prototype itself. Yous need to concentrate on conveying the concept, making sure that the target audience understands exactly what you’re going for; otherwise, yous won’t become the kind of feedback you lot really demand. It all comes downward to communication, actually. That’s why we decided to bring a design team on lath and go help finding the best possible way to communicate with users. Kanada:
Building a new communication framework on an R&D foundation meant that we had to go right to the source: the research and development that take always been then crucial to our identity, giving us unique resources to blaze exciting paths and reflecting what the visitor does. Nosotros knew that nosotros had to outset by connecting with users up-front end on a no-frills, essential wavelength—instead of embellishing our R&D story and making information technology seem like something it’s not, the key was to come up out with an open approach that’d welcome users directly into real-life research and evolution.

Ikeda:
We wanted the design team to be active at a deeper level, likewise, not only on the visual side of things. We were e’er discussing things with designers as the program moved along.

Kanada:
“Lab” (Laboratory) is i of those words that have such a broad range of uses. The connotation we were going for was a professional, corporate R&D setting. We wanted to dribble the whole essence of that authentic R&D feel—tossing ideas dorsum and forth, tweaking things through trial and error, and always seeking out new angles on concepts—into our advice pattern. The Futurity Lab Plan logo:
A crystallization of everything that shapes the project’s identity

—
What’s the story behind the distinctive Future Lab Program logo?

Kanada:
For us on the design team, the logo was an opportunity to project our vision of the hereafter and capture the core message of creating the world of tomorrow with a community of users who connect with the idea. What we somewhen came up with was a blueprint that framed the “futurity” ahead with an “F” (Future) and an “L” (Lab), leaving a square area of bare space in the center—a visual “sheet” element where concepts can take shape.

Okamoto:
When I saw the logo, the whole idea backside Future Lab Program actually hit abode. The space in the middle is the pivotal piece—if there were something in at that place already filling it upwards, it’d probably be difficult to convey any sense of openness or the idea of inviting users into a co-artistic environment.
Another big part of the logo is the “framing” idea, which echoes the Sony development process of defining objectives outset, laying out a clear scope, and then doing whatever it takes to meet the project through. The passport-sized video camera is a perfect example of that basic mindset: one time Sony developers decided to make one, they took information technology upon themselves to create all the technologies they needed to pull it off. Nosotros don’t do something because we
call up we could probably
make it work—we do information technology because nosotros
have to. That strain of Sony Deoxyribonucleic acid, that relentless pursuit of a clear vision, runs through the logo. I was amazed at how deeply the visual tied into what we’re all virtually. 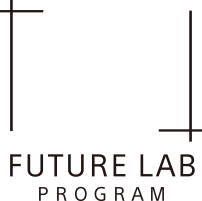 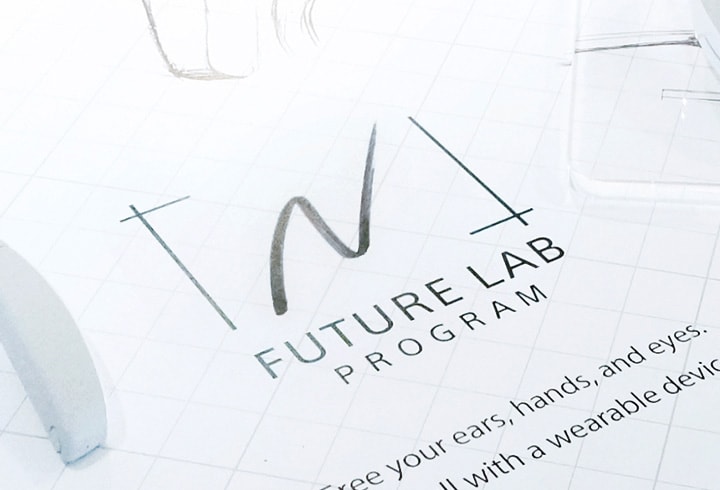 Ikeda:
The letter inside the logo is similar a signature for each individual projection. The projection leader writes a letter by mitt, giving the logo a unique identity for the project to become by every bit it makes its way into the world. The handwritten alphabetic character sits inside the athwart frame edging the logo, providing a fluid, dynamic analogue—not merely does information technology lend the design a cool sense of balance, merely information technology too gives the developers’ personalities and passion a unique aesthetic showcase.

Kanada:
The procedure of designing a logo doesn’t normally involve people from outside the pattern team, so the logo is really a microcosm of the unabridged Hereafter Lab Program: a collaborative effort that brings a diverse mix of people together in creating a final product. 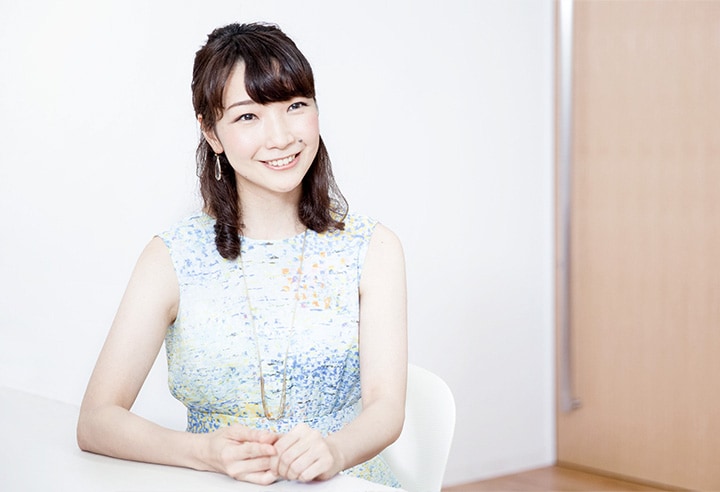 Ikeda:
The logo also played a big part in building a common consensus on the inside. Information technology really helped get the team members on the same page and foster a shared sensation of Future Lab Program equally a whole, I think. Spotter the concept video, and you’ll meet how that unity paid off: the prototype in the video came straight from the R&D facility on the twenty-four hours of the shoot. I don’t think we would’ve been able to practise that without having everyone—from the designers to the developers—in complete sync.

—
One of the biggest goals of the plan is facilitating directly communication with users. How are yous working to make that happen?

Okamoto:
Nosotros exhibited our offset Concept Prototype, “N,” at the SXSW (South by Southwest) Interactive Festival in the Us. The event gave developers the gamble to talk confront to face with real, everyday users, assemble applied feedback, and feel out potential issues to accost. It was a really valuable experience.

Kanada:
As we focused on sparking opportunities for communication, nosotros designed a circular table that’d brand a great piece for displaying sketches, prototypes, and more than—and catch people’due south eyes and imaginations, also. The thought was to lay out the pieces that normally get into the “closed” trial-and-fault process and have the table symbolize a identify where people would sit down and create the time to come together, a spatial cue for the kind of collaborative activity Future Lab Program is going to encourage. A simple showcase to “decorate” with prototypes would’ve been easy enough to design—but information technology would’ve completely missed the whole point of the program. Nosotros wanted to provide an inviting environment where observers could meet the actual prototypes from an bodily programmer’s perspective, evoking a sense of immediacy that makes it feel similar animated discussions could get going at any moment.

Popular:   If you see No Service or Searching on your iPhone or iPad 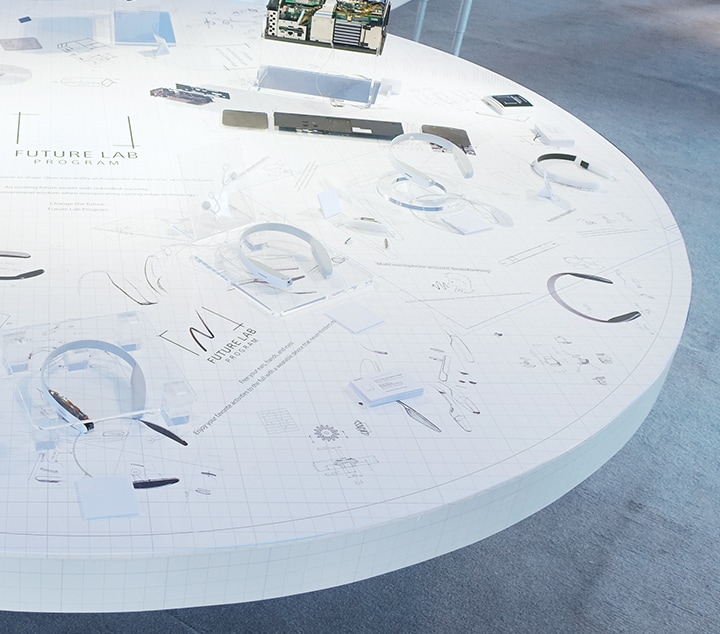 Ikeda:
After the “Northward” came the “T,” the side by side wave in an ongoing stream of new prototypes from all across the spectrum, and then nosotros’re still working with designers on ways to cull user feedback through exhibit spaces and other frameworks. With every new prototype comes a whole new set of unlike qualities, which shape the optimal modes of communication in unique ways. Nosotros’ll demand to keep making all those variables part of our design approaches.

Okamoto:
The “Northward” prototype centers on the idea of experiencing and enjoying everyday life similar never before, placing the emphasis on sound: it gives users the power to listen to music and receive sound-based data without having to put anything in their ears. “T,” meanwhile, is a technology that transforms a tabletop into an interactive space—and, rather than tell people what “T” is for, nosotros want to piece of work with users on how the technology can make a practical touch. “Northward” and “T” are obviously different in terms of experience and basic vision, but that deviation highlights some other one of Future Lab Program’due south biggest assets: multifariousness. 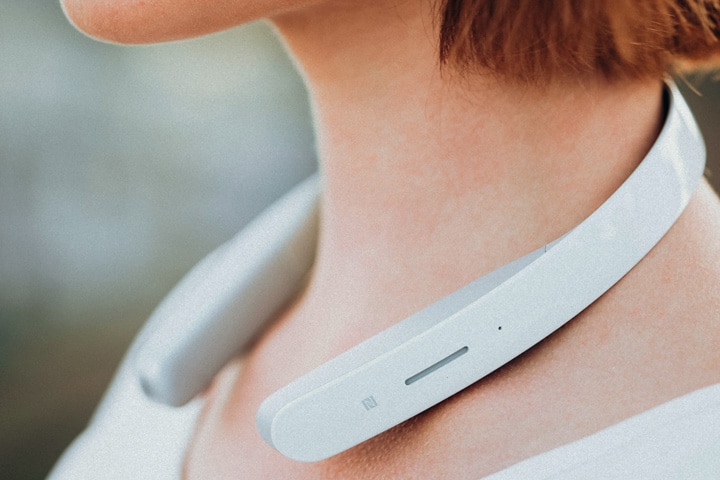 —
What does the time to come concur for collaboration between R&D and design?

Okamoto:
The central mission of R&D action is to create something that the earth has never seen. To go after innovation and stimulate involvement, we have to build new relationships that’ll pave the way for sharing concepts with users and working together to turn ideas into reality. Whether or not the concepts actually resonate with users and open up the doors to advice, though, depends on design.
Time to come Lab Program might just be getting started, but I’m already excited about how the tighter connections betwixt design, R&D, and engineering—and direct relationships with users, of course—are going to drive the innovations of tomorrow.